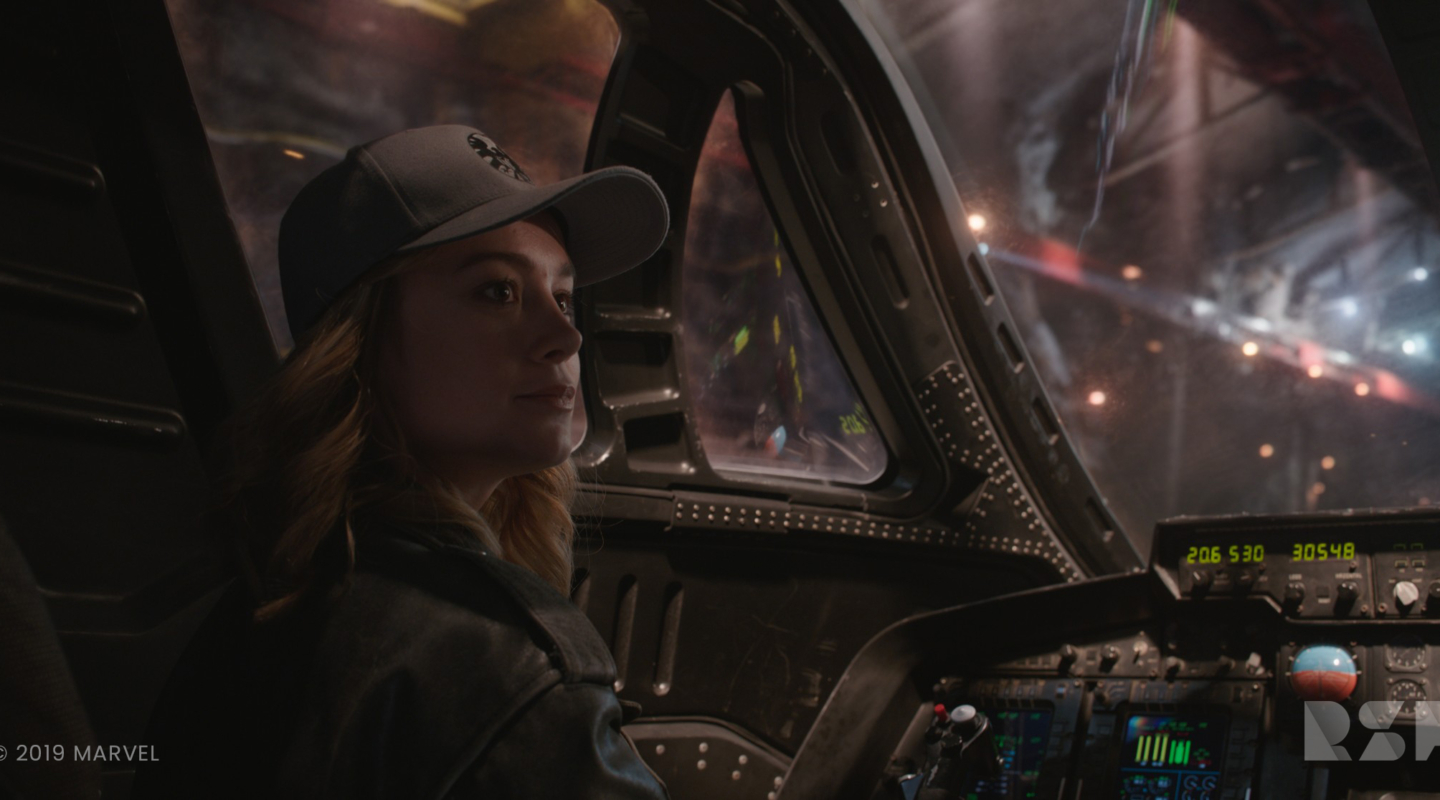 Studio delivers hundreds of complex VFX shots for the latest addition to the Marvel Cinematic Universe.

Striving for picture-perfect realism and applying a mania for detail, Rising Sun Pictures produced nearly 300 visual effects shots for Marvel Studios’ latest film Captain Marvel. The studio executed a host of challenging visuals for the blockbuster production including a fully 3D subterranean aircraft hangar stuffed with military gear and fabricating a series of shimmering holograms …and helped to turn Samuel L. Jackson into a more youthful version of himself for his role as Nick Fury. Working under the supervision of Directors Anna Boden and Ryan Fleck, VFX Supervisors Chris Townsend and Additional VFX Supervisor Janelle Croshaw, and VFX Producer Damien Carr, RSP assembled a team of 100 artists and devoted nearly a year to the production. As one of several VFX vendors involved in the effort, the studio faced the twin challenges of meeting a very high bar for creativity and technical excellence, and coordinating its efforts with other vendors located around the globe. “Our task was to deliver shots that met Marvel Studios’ standards and were aligned with work ongoing at other studios,” says RSP VFX Supervisor Malte Sarnes. “On many shots, we were sharing assets with three or four other studios. It required good communication and careful planning, but it was fun to see how seamlessly it all came together.”

RSP’s most extensive contribution to the film centered on a massive military hangar built beneath a mountain. Appearing in more than 60 shots, the environment is mostly 3D and includes a long runway, giant hangar doors, support beams, scaffolds, aircraft, fuel tanks, armaments, assorted gear and technology. Rock walls that surround the hangar are also visible in many shots.

Working with Marvel Studios’ production team, RSP designed the facility to reflect state-of-the-art aircraft technology of the 1990s, applied on a larger scale. Sarnes and his team drew reference from real-world air facilities, underground bunkers and similar structures to make the 3D asset believable in terms of architecture, function and materials. “We studied how underground buildings are constructed, and what was necessary to support one,” Sarnes explains. “We looked at tunneling equipment used to shave away rock and what kind of marks they make. It was also important to show that the structure had a history and was built in phases over time. It was originally smaller and gradually extended. So, some parts of the hangar appear older and a bit dirtier than others.”

The interior of the hangar is filled with thousands of 3D props, each modeled and textured to look real and function naturally.

“Adjoining the runway were individual hangar bays, each with work areas, fuel tanks and material caches. To make this incredibly complex environment feel real, we developed a light-instancing system that controlled 1,000 light sources. The key to making an environment this complex appear real is including the level of visual detail that we, as humans, are used to seeing. Anything less and the audience will reject it as artificial.”

The hangar appears in several sequences in the film, including a chase scene, and is viewed from varying perspectives, both close-up and wide-angle. The 3D model, therefore, had to be complete and fully detailed in all dimensions. “The biggest challenge was getting the scale right,” says 2D Lead Guido Wolter. “We determined that the set needed lots of high-frequency detail in the ceiling…straps, beams and lights. They were critical to achieving a proper sense of depth. They make the hangar appear huge.”

RSP was also responsible for several hologram effects that required a subtle treatment. In the film, holographic devices are used by Carol Danvers (Brie Larson) and Yon-Rogg (Jude Law) for two-way communication. According to Sarnes, although holographic technology of that sort obviously didn’t exist in the 1990s, the visual effect needed to be based on rational principles. “Chris Townsend wanted to have the holograms grounded in reality. He came up with the idea of building them from ferrofluid, a liquid that can be controlled and formed by magnetic fields. Even though it’s a hologram, it was important to have a believable tech behind all the projections,” Sarnes says. “Ferrofluid became our base. When it’s manipulated, it produces tiny spikes of light that shoot upwards to project any type of image.”

The studio’s 3D team created the specific holographic effects by using Houdini to simulate ferrofluid behavior. “It was quite challenging to maintain its physical basis while art directing it to do what we needed,” notes Vice. “For each hologram, we used match-move live action characters to generate the FX volumes and 3D particle passes and volumetric atmospherics to fill the room. Our look development and lighting departments rendered scores of 3D treatments on each character to drive a complex holographic comps. The beams and pixel treatments were handled in comp to keep things creatively agile.”

The creative partnership between the production team and RSP was paramount to ensure the Directors’ vision was reflected in the final product. This collaboration was of the utmost importance and it required considerable coordination behind the scenes. “The creative process was the priority when working with Chris and Janelle. The entire RSP team supported this seamlessly to ensure the highest quality work delivered in a timely fashion,” says RSP Producer Alexandra Daunt Watney, adding, “We have a great production team who pay attention to all the details.”