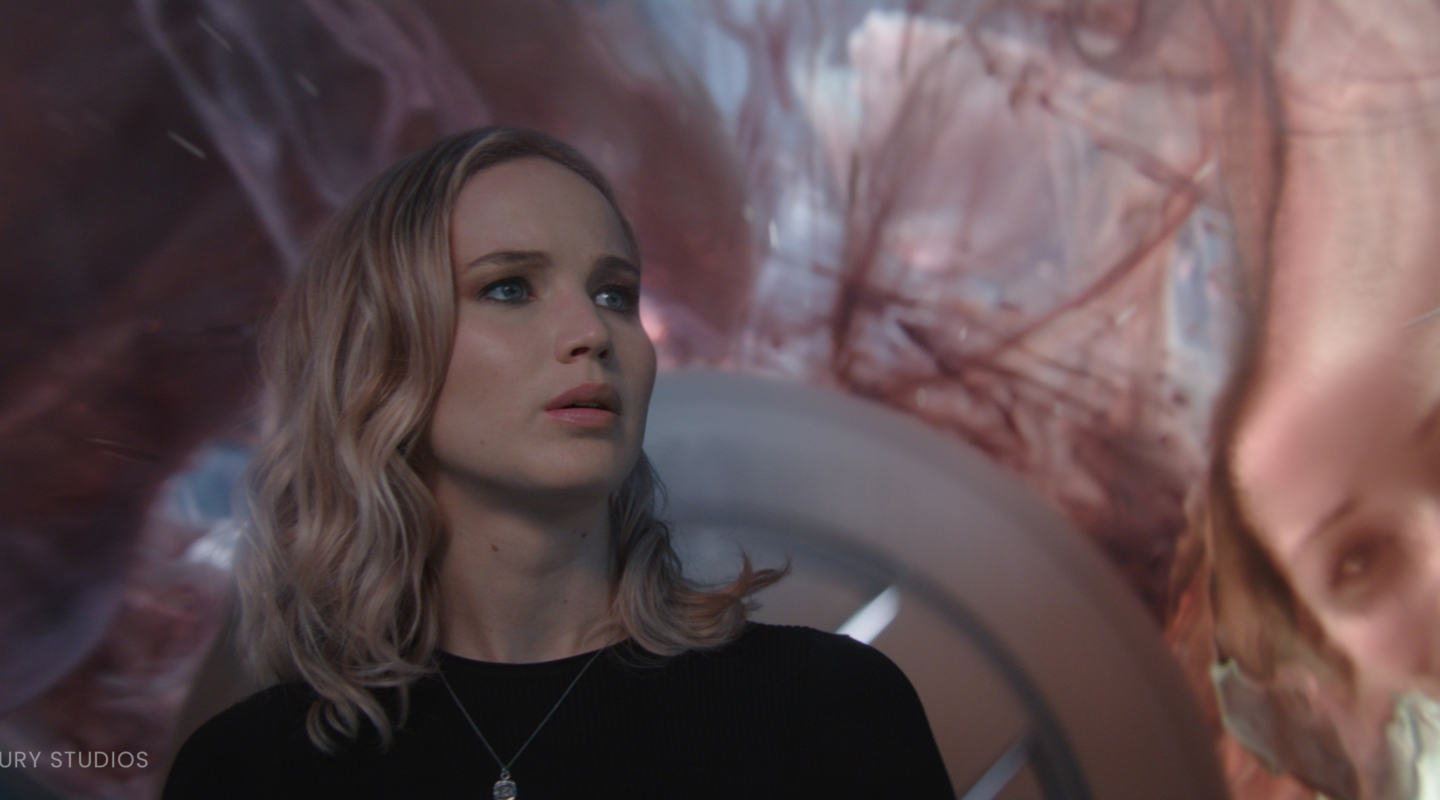 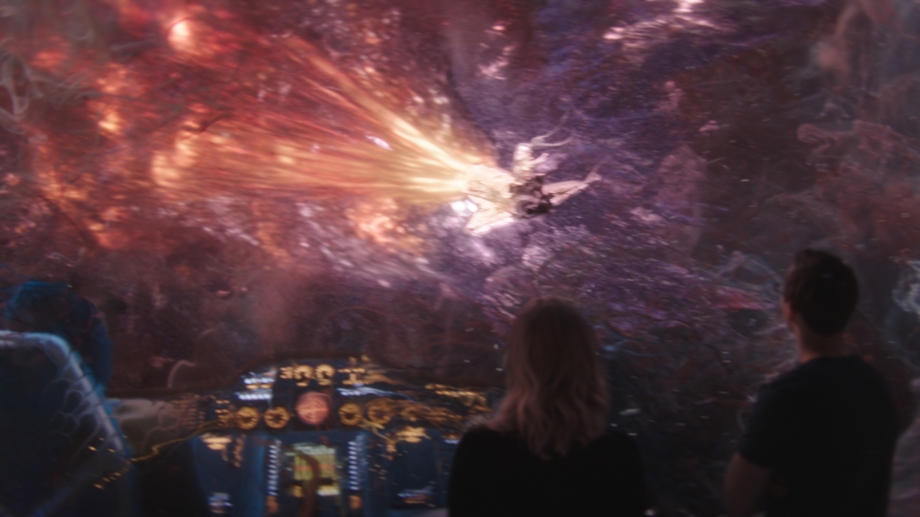 The focal point of the studio’s work was an extended sequence where Professor Charles Xavier (James McAvoy), Raven (Jennifer Lawrence) and Beast (Nicholas Hoult) use the telepathic machine Cerebro to journey into the mind of Jean Grey (Sophie Turner), whose struggle with the mysterious entity Dark Phoenix is the catalyst of the plot. Memories from Jean Grey’s troubled past form out of the inky mist of her neural activity as the three mutants search for clues to help save her.

A central task for RSP was to develop a digital environment to represent Jean Grey’s thought process and the physical workings of her brain. VFX Supervisor Dennis Jones, who led the studio’s team, says they drew part of their inspiration from real-world brain science. “I found a fantastic TED Talk about scientists who slice off tiny bits of brain to determine how neuron strands connect its various parts,” he explains.

“We used neurons like those, and their associated electrical activity, to define the space and to act as an anchor point to let the audience know we are inside the anatomy of the brain.” RSP VFX Supervsior, Dennis Jones.

Developing a way to represent memories in a convincing and artistic manner proved a bigger challenge. Working collaboratively, the team hit on the idea of using a viscous liquid, resembling a cloud tank or ink spreading in a pool of water, to represent thoughts. The inky substance moves in wispy, undulating waves in depicting Jean Grey’s memories. “We wanted to avoid anything that looked like a hologram or objects suspended in space,” recalls Jones. “The inky material is soft, organic, evolving. It’s smoky and fluid, appears in varying shapes and colours, and coalesces naturally into specific visions.”

Jones and a team of artists assisted with the production of the live action portion of the scene, involving the actors and the Cerebro set piece. The timing and movement of the live elements had to be precisely choreographed and coordinated with the planned animation. To facilitate that, the effects team placed light panels on the set and projected images simulating Jean Grey’s memories onto them so that the actors could react to them naturally.

“We shot the sequence on a stage that was essentially a green cube,” notes Jones. “That allowed us to point cameras in any direction. We did multiple passes with a crane circling around the actors and capturing their performances from a variety of perspectives. We shot the heart of the sequence, start to finish, and got the coverage we needed to tell the story in the most exciting way possible.”

Back at RSP’s studio in Adelaide, artists built the brain environment and populated it with Jean Grey’s memories. Normally when creating a digital environment, the studio’s effects artists take the lead in defining the space and filling it with set pieces and props. However, in this instance—as the brain space was amorphous and filled with pulsing neurons that could appear anywhere—the studio’s layout artists took the first step by creating a tool that allowed effects artists to generate the basic structure for neurons on-the-fly.

“Artists could simply point and click to create neurons,” explains Layout Lead Mark Honer. “They could connect neurons, move their tendrils and position them in any way that they liked. They could work with individual neurons procedurally and get right down to the nitty gritty, adjusting their position relative to the camera. Once they had a neuron where they wanted it, they added effects and texture to make it look awesome.”

Along with the neurons, the effects team filled the brain space with a 3-dimensional inky fluid. Jean Grey’s memories were created by mapping photographic images (which were also 3D) onto parts of the ink as it fused into apparently solid forms. “The production footage included scenes like young Jean with her mother at a birthday party and splashing through puddles,” says Effects Lead Sam Hancock. “We produced simulations of those scenes that make them look less photographic and more abstract and airier.”

The trick was to make the 3D memory images appear to be composed from the inky thought-substance, rather than as simple projections. “It took finesse to achieve the proper balance so that the memories look clear, but not like images on a screen,” Hancock explains.

2D Lead Andrew Savchenko says that the team produced many iterations of the inky substance and the memory images to achieve Simon Kinberg’s unique creative vision. “Our task was to create visuals that hadn’t been seen before,” he explains, “and yet, they had to seem familiar at the same time. We had to achieve something that was by its nature contradictory. It had to look both real and not real.”

Lighting inside the brain was also unusual and difficult to execute. Most of the light derived from the neurons, which pulsed in irregular beats, reflecting Jean Grey’s growing mental torment. This neural light coursed through the scene in all directions and each beam had to coordinate with the movement of the camera and Cerebro. “There were hundreds of moving lights,” notes Lighting Lead Arthur Moody, “and we needed to control the intensity of each one. When they were close to the camera, the lights needed to appear brighter. When they moved off, they needed to be dialed down.”

“Each time a neuron fired a light, the beam traveled along a path ‘seeking out’ another neuron,” Moody adds. “We had the option of choosing the shortest path, or one that was longer and more visually interesting. Neutrons were firing pretty much all over the place. For the lighting team, it was invigorating to work on a sequence that demanded so much creativity.”

RSP’s work on Dark Phoenix also included digital set extensions for the X-Mansion. (Ironically, for 2016’s X-Men: Apocalypse, the studio played a role in the mansion’s destruction.) The effects and compositing departments also assisted with numerous “aging” effects for flashback scenes where characters appear as their younger selves. They also created wind, smoke and other atmospheric effects for a fight sequence on a train involving Storm.

The sheer number and complexity of the shots, along with the length production, demanded close and detailed coordination between RSP and the production team from 20th Century Fox. “There were many iterations of shots going back and forth, especially for the Cerebro sequence,” recalls VFX Producer Corinne Teng. “Fortunately, the studio is very well organised, and we have a very strong pipeline on our end, so it went smoothly. Creatively, our team did a great job. Everyone worked hard and it paid off. The visuals are stunning.”

Jones similarly expressed satisfaction with the performance of the team in what he termed “another brilliant collaboration with Fox.” “Most of our leads are longstanding members of the RSP team and veterans of previous X-Men movies,” he says. “We love working on films like this that require unique effects and are open to creative interpretation. We especially look forward to projects under the Fox banner because they like to push things. We were lucky to be involved in Dark Phoenix. Our team gave its all, and it shows.”